Meliodas is a Extraordinary Cymric King from Lyonesse. He currently serves Idres.

He is the son of Felec and Feunette. He is unmarried. He has one son and no daughters.

He is 56 years old and lives in Lyonesse.

A younger son of Felec, King of Lyonesse, Sir Meliodas was set adrift with nothing but his horse and armor to make his own fortune. Over time, through his prowess and adventuring, he becomes one of the most powerful knights in Britain.

When his older brothers died, he became the King of Lyonesse, a part of the foreign Kingdom of Cornwall. He married Isabelle, the sister of Prince Mark of Cornwall.

After Isabelle died, in a strange tale in and of it's own. Meliodas stayed unmarried for seven years until he remarried. 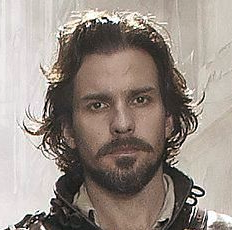