Merlin is a Legendary Cymric Arch Druid from Britain. He currently has no lord.

He is the son of The Devil and A Nun. He is unmarried. He has no sons or daughters.

He is of an indistiguishable age and lives in Britain.

Merlin, or Myrdyn Emrys, is the legendary sorcerer confidant of Uther and Aurelius. He is called the fatherless boy, the Arch Druid of Britain and the Sorcerer of Britain.

Merlin... the very name conjures up images of magic and mystery. And what a mystery. Perhaps even more than the Pendragons, the real character and person of Merlin remains obscure, lost in generations of tales retold. But as a creature of the imagination Merlin lives on, and will forever. All love to dream, and in Merlin we have the forefather of all our dreams, the master of enchantments, the prophet and kingmaker.

To Merlin, the all-seeing, the all-knowing, nothing was impossible. Merlin is the root and branch of all that is magic and wonder in the world.

Merlin is not the “king’s man” in any sense, for he pays neither homage nor fealty to any man. The son of an incubus and a nun, Merlin was baptized a Christian at birth, yet he follows the mysterious “Old Ways” of the ancient druids, and stands alone as the last and greatest practitioner of their magical art. Merlin comes and goes when and where he pleases. No one is close to him, and he keeps no favorites. He moves on strange missions of his own device and purpose and radiates an unseen power that makes everyone keep a respectful distance.

Whoever thinks they understand him is deluded. Merlin is capable of performing any magic known in Britain, whether British Christian, Druidic, Roman Christian, or Gnostic; he even knows something of Egyptian magic. His belief system is reflected in his own personal faith that one might call British Pagan Christian, although such a label is uniquely applicable to him. 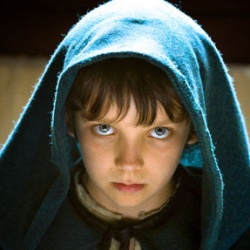 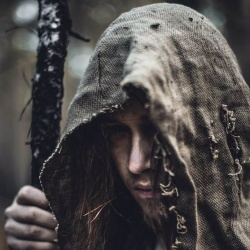 463: Commanded the Oak of Tisbury to grant him a stick, which later saved the life of Eldol of Glevum

466: Predicts that Aurelius and Uther, the sons of Constantin, will invade this year.

469: Is “freed” from Snowdon by Aurelius and Uther.

470: Steals the Giant’s Ring from Cill Dara and rebuilds it in Salisbury

480: Fought in the Battle of Menevia

481: Aided Uther’s army before the Battle of Bedegraine