Victus was a Famous Cymric Household Knight from Salisbury. He had no lord at the time of his death.

He was the son of an unknown man and an unknown woman. He was unmarried. He has no sons or daughters.

Victus was most well known for his adventures with Meliodas, Segurant and Arnourllant and for being the only knight in history fighting with only one leg. 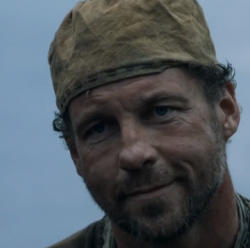 461 Married early in the year.

481 Was severely injured in the battle of Bedegraine, and later transported to Hindon. for recovery by Melkin and sir Amig.

484 Left his services at Hindon for adventure and created the name “The One-Legged-Knight”.

486 Partook in raiding the Saxons and lost a finger on his right hand.

488 Received his own heraldry shield. Accompanied prince Meliodas in the search for Modron’s Heart. Partook in hunting down the bandits which had terrorized Hillfort the last years and was lost in feari together with Meliodas, Melkin, Maelgwyn, Gamond, Cadry and Brangwen.

489-499 Went on many great adventures with prince Meliodas, sir Segurant, sir Arnoullant and many other famous knights.

500 Returned home to Salisbury and retook his place as a horse master at Hindon.